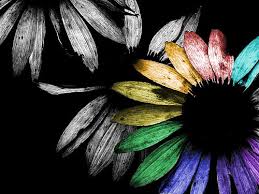 Good stuff. My Pops almost committed suicide rather than coming out, but he cared about us too much. Care about your kids and friends like that. Care about them too much.

Life Outside The Book of Mormon Belt

On November 5, 2015 the policy change to LDS Handbook 1 regarding homosexual members became known to the public. Since then, in the US, 34 LDS LGBT young people between the ages of 14 and 20 have committed suicide. The numbers are being tallied by Wendy and Thomas Montgomery, leaders in the Mama Dragons and Dragon Dads support groups for LDS LGBT families. That’s 1 suicide every 60 hours, or every 2 ½ days. That number does not include a count of suicide attempts, nor of suicides by any closeted LGBT young people. Twenty-eight of these suicides occured in Utah, a state that averages 37 youth suicides in a 12 month period. Thirty-four in 84 days is a stunning statistic. It’s horrifying. And gut-wrenching. It is also telling. It tells us we adults are not sucessfully supporting our LGBT youth.